Which hay should I feed my horse? The most common question we get on a day to day basis. We are here to answer all your hay questions. 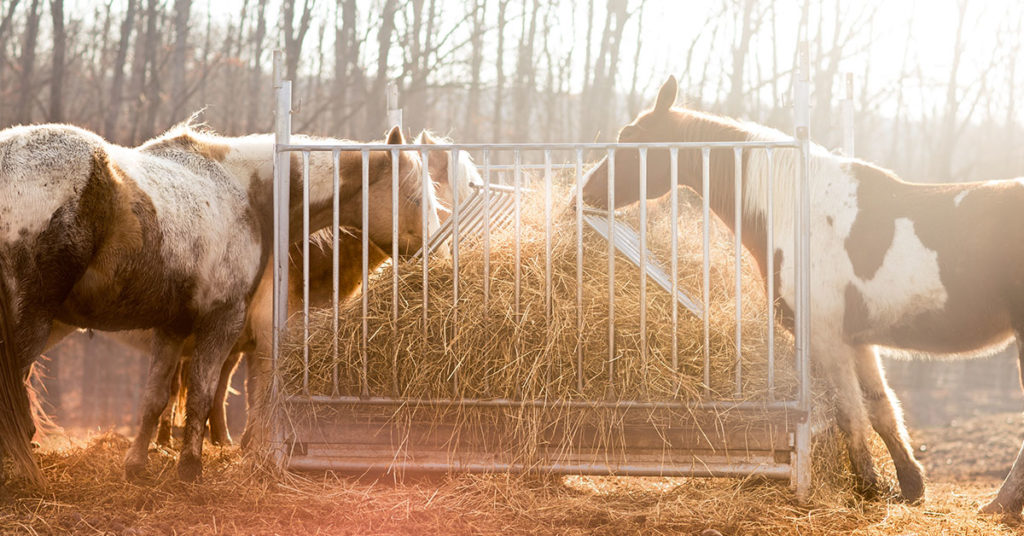 Hay is a crop that is grown specifically for the purpose of creating hay, unlike straw while straw is a by-product of different kinds of crops. Hay is more geared toward being a nutrient-rich feed for livestock.There are two main types of hay available to feed horses and cattle.  Whether they are in Round Bales or Square bales.  Lucerne Hay and Grass Hay being the most popular. Lucerne Hay is a favourite hay for horses and contains ample protein (between 15% – 18%).  For some horses, this may be more than they require. Lucerne is an excellent option (due to high protein levels) for Foals, Mares with foals at foot, and growing horses.  For most horses, Lucerne is a supplement, and an imbalance can cause trouble in horses. Grass Hay can average between 6%-10% protein based on dry matter weight.

What is the difference in requirements between Horses and Cattle for Hay Types?

Deciding which hay should I feed my horse is tricky. With multiple stomachs, Bovine digestion is well equipped to digest stalky, mature grasses and hay.  In fact, research suggests the ability to digest stalky hays in beasts. Horses will struggle to get any real nutritional value from this type of hay and may choose to not even eat it.

Problems associated with feeding inappropriate quality of Hay to Horses

How to identify quality grass Hay

It will gradually loss nutritional value.  Having said that, well stored top quality hay will still provide more than reasonable nutrition.  Even if it is a season or two old.